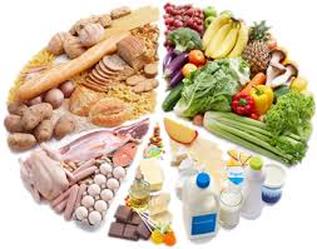 Every Track and XC season I  am often asked by my runners, "Coach what should I eat before my race?" That could be a wide open question and not as clear cut as one would think but I'll try to provide some overall guidance. When we say before a race that comes in various stages. Do we mean right before the race? 2 hours before? the night before? Is this for a race in the early morning or later on in the afternoon or even at night? Are we racing a Marathon or a 1500 meter race? All factors that need to be considered carefully before throwing out a generic answer to this question. For the sake of this article we are going to focus on eating correctly before the start of a 3K to 10K race. So a 3200, a 5K, 8K and 10K race all fit into this plan. We will also assume a morning race. We will focus on 3 stages; The night before. First thing in the morning (2-3 hours before). And finally the last 30 min leading to the gun!

Starting off with the night before lets consider that we are not talking about very long races. In the grand scheme of things we are talking about efforts that will last approximately 10 to 50 minutes on average. There really isn't a need to "Carbo-Load". Don't get me wrong your body will need complex carbs to perform well when that gun goes off but no need overload the body. So to the dinner the night before you should have a well balanced meal with carbs, protein, healthy fats, etc. Be careful of 3 items. Don't carbo-load as we discussed you don't need to but also many times we can't sleep well before a race due to excitement, anxiety, or good old fashion nerves. If that happens to you and you ate too many carbs or food in general you may not fully digest and wake up feels sluggish and still full which can impact your ability to perform well in that morning race. Second stay away from anything that may irritate your stomach even the night before such as tons of hot(spicy) food, dairy products, or really anything new you have never ate before. Last but not least stay away from red meat like steak. Don't get me wrong I love steak just like the next guy but one the night before will take a ton of your bodies effort to digest and believe it or not will still be trying to digest it come race time the next day. Goes without saying but water water water must be consumed the night before hopefully as part of your daily regular routine.

The morning of the race you need to eat 2-3 hours before your race. I know many of you are thinking or saying "I can't eat before a race I'll just drink water and eat after" This is not a good idea as overnight you converted much of the carbs you had to fat and will only have fat to burn which is not an efficient fuel to burn for a race. The longer the race the more the issue this becomes. Wake up early even if you don't have to just to eat. I know runners that get up drink water eat a small meal and go back to bed. Hey its a little weird but it works. You should eat meals very similar to what you eat for a morning long run or other runs. Nothing new even trying a new electrolyte drink the morning of is a mistake. Try anything new in training not race day. So what should you have? Start with water. You need to take in at least 2-4 water bottles worth of water early in that morning. Remember you dehydrate while you sleep not just while you run. So every morning we wake up dehydrated. Next you do need a little electrolytes but that doesn't mean a full 32 oz bottle of Gatorade. In fact water it down with the water you already need to drink and stick to 1 to 2 cups of the electrolyte drink. Which one is up to you. Last try what you know won't upset your stomach like banana, toast, bagel, other fruits, dry wholewheat cereal, etc. This will vary greatly and it has to be what works for you but you MUST eat  but again never anything new so don't do what X pro-runner did last weekend do what you do last weekend and you had no issues.

Finally the 30 min before. This is much more straight forward. No food at this point as it will not digest and will just sit in your stomach. Water yes but low amounts. Not really a point to hydrate more to keep you already hydrated and not having cotton mouth during the race. Electrolyte drink NOPE! Even though this is a liquid it will act similar to food in terms of having to be digested pulling need blood flow from your legs and lungs to your stomach and intestines. In longer races you may have to digest and fuel your body as you run but not here. Keep the blood meaning oxygen in the right place. Hope this has been helpful and stay tune for more useful info for all runners! As always best of luck no your running dreams!